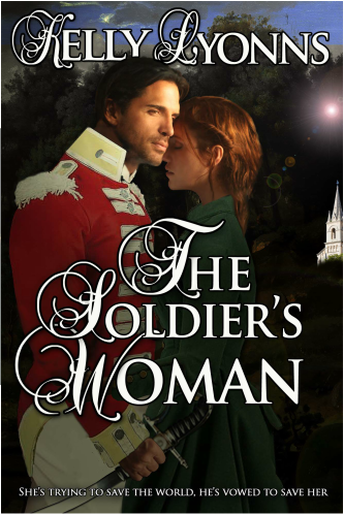 His "To Do" List
Keep the lady safe from Napoleon’s soldiers, guerrilla fighters, thieves and himself
Catch the retreating British lines on foot across miles of wild Portuguese hill country
Teach some kidnappers the error of their ways
Consider what kind of secret was shadowed behind those blue eyes
Remember why being a soldier was safer than being married
Absolutely do not fall in love with the lady

​Her "To Do" List
Retrieve the missing artifact from a gentleman with dark paranormal powers
Rescue those poor kidnapped children
Convince the soldier to do both of above, but without telling him about the first one
Puzzle out why fate would send someone like him to help
Remember why marriage is impractical for independent ladies
Absolutely do not fall in love with the soldier
"I thoroughly enjoyed The Soldier’s Woman by Aussie author Kelly Lyonns
(which is book 1 in The Bladewood Legacy) – it’s hard to believe it’s the author’s debut!"
​Goodreads Brenda rated it 5 stars

"Hooked from the very first page, I loved this Regency romp, and it's lead characters."
​Goodreads Isabella O'Sullivan rated it 5 stars
​
Podcast Buzzing about Books 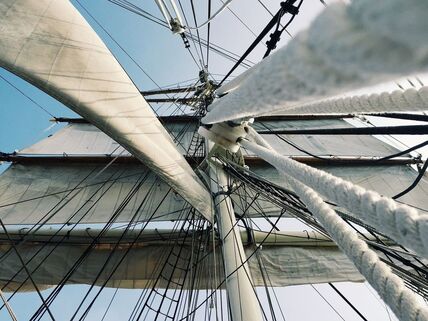 Coming soon ...
The Sailor's Lass
Book 2 of The Bladewood Legacy
A Regency Paranormal

​It is 1811, the British navy rules supreme in the chilly waters off France, but Lieutenant Arthur Bladewood is far from his ship on a mission for his King and Country. Betrayed and shot, he escapes only to collapse within sight of rescue. Lady Susanna Greyson, half-English and barely tolerated landowner of the local chateau literally stumbles across his unconscious body as she hurries ahead of an approaching storm. Both her moral conscience and her strange prescient senses compel her to take him into her home.

As Arthur slowly recovers he finds himself entrapped not only by his injury but by a completely irrational attraction to his dark-haired bossy hostess, who is immune to both his arguments and charms. As the French scour the countryside for him he is desperate to remove both himself and the danger to her household.
​
Susanna has been raised to hide from the outside world, to be distrustful of coincidence and strangers. Despite the risk, the half-hidden messages from her dreams compel her to help the devastatingly handsome sailor from a country to which she must never return. As the net closes in, she realises she must choose; either leave him to his fate or take a terrifying plunge and abandon her refuge.
Unbeknownst to either, the secret arcane order of the Guild is also seeking them, but so are the Guild’s enemies. Arthur and Susanna are unwitting pawns in a bigger game, where family ties and trust will be pitted against secrets.